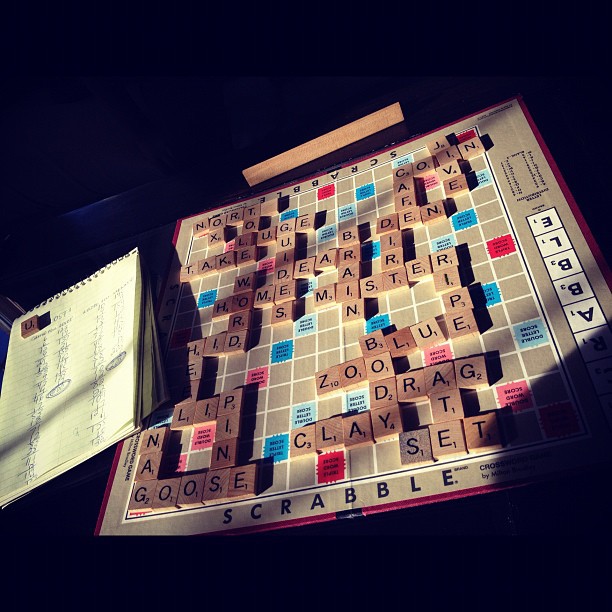 In all tournaments, students play in pairs. Games are limited to 25 minutes per team (50 minutes total) and a SCRABBLE® clock is used. Both teams keep track of the score and verify the score throughout the game. At the end of a game, students report who won and the scores. For consecutive rounds, players are matched against players with similar records.